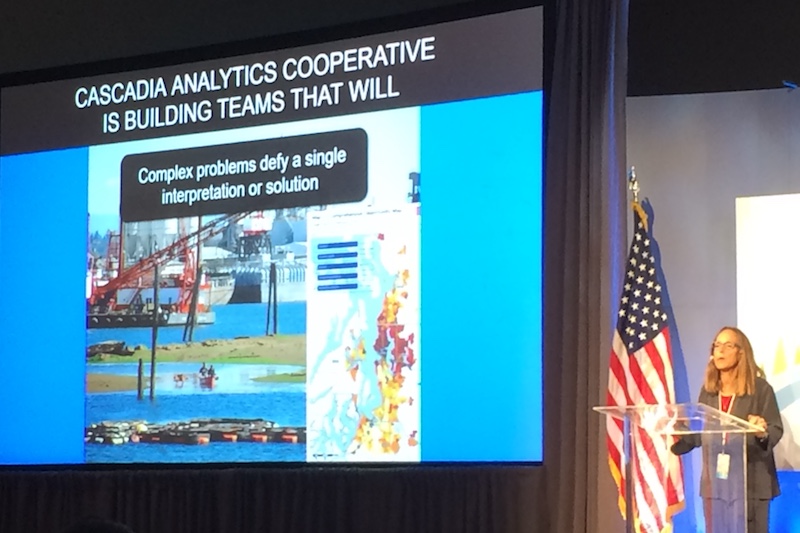 Thaisa Way, Executive Director of Urban@UW and a Professor of Landscape Architecture at the University of Washington, spoke at the Cascadia Innovation Corridor Conference about CUAC and other urban data research projects on housing and homelessness, transportation, and land use. Thaisa presented a new video by UBC Studios showcasing CUAC’s vision and projects, including Data Science for Social Good programs.

Dr. Way spoke about the importance of transparency and accountability in data science, sustained and interdisciplinary research, and considering impacts on vulnerable communities. “Urban systems do not stop at city boundaries but extend across regions,” she noted.

The two-day conference, hosted by Microsoft, the Seattle Metropolitan Chamber of Commerce, the Business Council of British Columbia and the Washington Roundtable, marked the second annual gathering of business, academic and government leaders from the Seattle and Vancouver metropolitan areas. Discussions focused on programs and strategies for advancing the region’s innovation, mobility, health and education.