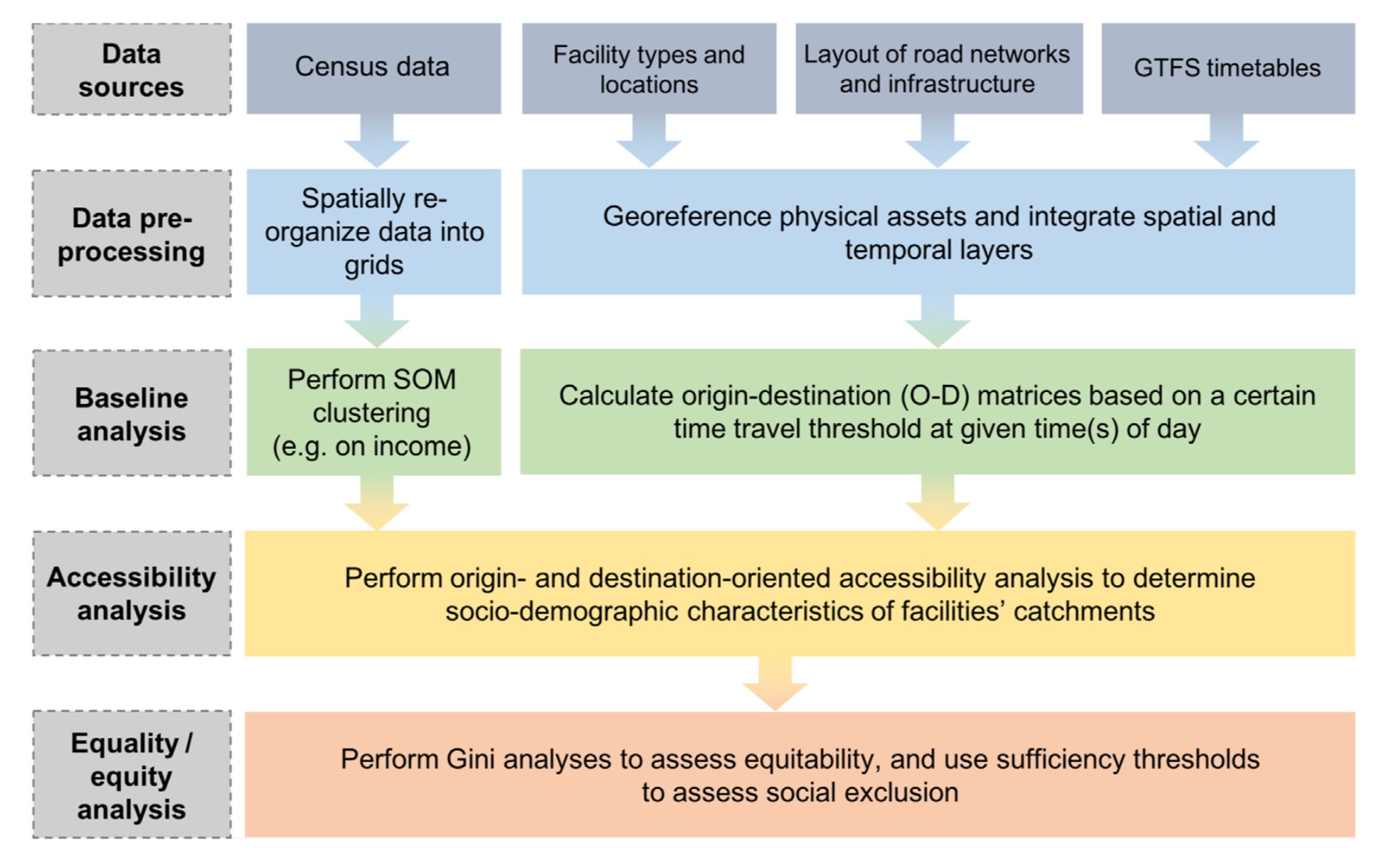 (Flowchart from a November 2019 paper in Computers, Environment and Urban Systems)

A new study by researchers at the University of British Columbia’s School of Community and Regional Planning presents a framework for assessing inclusivity and equity in cities by examining public access to health care facilities in the three most populous cities in the Cascadia region: Seattle, Washington; Portland, Oregon; and Vancouver, British Columbia, Canada.

To assess equity and inclusivity in access to hospitals and clinics, the researchers deemed those who cannot reach at least two hospitals and three walk-in clinics within 30 minutes from their home via public transportation or foot travel to be socially excluded from service, and those who can reach those facilities to be included. Catchment analysis was used to identify the areas within each city that fall into each category. Results showed a high proportion of people in each of the three cities (80 percent in Portland, 51 percent in Seattle, and 37 percent in Vancouver) met the criteria for social exclusion from healthcare facilities, as defined in the analysis. Vancouver generally had the highest healthcare accessibility of the three cities, likely due to advantages in the public transit system.

The researchers applied an unsupervised machine learning clustering technique, the self-organizing map (SOM), to census data to provide a more nuanced picture of income distributions in relation to accessibility metrics. Disaggregating the results showed the socio-demographic makeup of the populations in each catchment. The portion of total and senior populations that reside within a healthcare facility catchment was 23–27 percent for Portland and Seattle and 41–48 percent for Vancouver. A higher proportion of residents in low-income areas fall within healthcare catchments than residents in high-income areas for all three cities. The researchers noted that the majority of commuting trips in all three cities are taken by car (78 percent in Portland, 77 percent in Seattle and 69 percent in Vancouver).

Partially funded by the Cascadia Urban Analytics Cooperative, this work is aimed at providing a tool for urban planners and policymakers to assess the distributional outcomes of service and transportation decisions with greater attention to the needs of low-income populations. A paper about the study, called An urban data framework for assessing equity in cities: Comparing accessibility to healthcare facilities in Cascadia, was published in the November 2019 issue of Computers, Environment and Urban Systems.